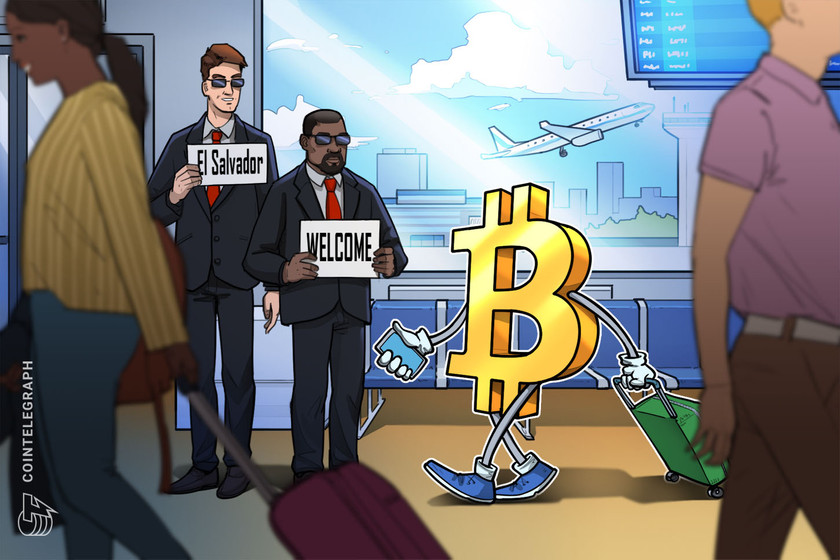 Nayib Bukele says he wants to help entrepreneurs embrace El Salvador as a base, with Bitcoin free from capital gains tax.

Bitcoin (BTC) hodlers who want to earn BTC tax-free will get help to stay in El Salvador, the country's president has said.

In a tweet on June 7, Nayib Bukele said that his government would "help" settle foreign workers.

El Salvador: "We'll help with that"

The announcement is one of many which continue to come informally from Bukele, now famous for attempting to put El Salvador on a form of "Bitcoin standard."

At last week's Bitcoin Conference 2021 in Miami, he told the audience in a prerecorded video message that he would send a bill to lawmakers demanding that Bitcoin be made legal tender.

Welcome to the future #Bitcoin pic.twitter.com/j30vcZVXvJ

Now, as part of social media engagement with well-known cryptocurrency figures, Bukele suggested that those wishing to travel to work in El Salvador would get official support. Once made legal tender, Bitcoin income would not attract capital gains tax.

"We’ll help with this," he replied while debating the topic with podcast host Stephan Livera.

In a separate tweet came promises of "immediate permanent residence for crypto entrepreneurs," a move which spurred interest from figures such as Tron CEO Justin Sun and Binance CEO Changpeng Zhao, among others.

Likewise using Twitter as a venue for publicizing still unofficial government plans, one congressman hinted that a deal involving PayPal would shortly be announced by Asunción.

This likewise received a warm reception.

"Now Paraguay? The sovereign level game theory starting to take shape just like many have been talking about for years," podcast host Preston Pysh responded.

Criticism has nonetheless come mixed with concern for El Salvador. The political structure of the country has worried some, while others believe that an international backlash over a Bitcoin standard would subsequently ensure.

Bukele, however, has already pledged to rise above external pressure.

"Some powerful interests will try to make this historical Bitcoin move fail," he wrote.

"They know what it means if it succeeds. It will."

A dedicated service helping Bitcoin owners move to more appealing jurisdictions such as Portugal, PlanBPassport.com, has yet to add El Salvador to its list of destinations.