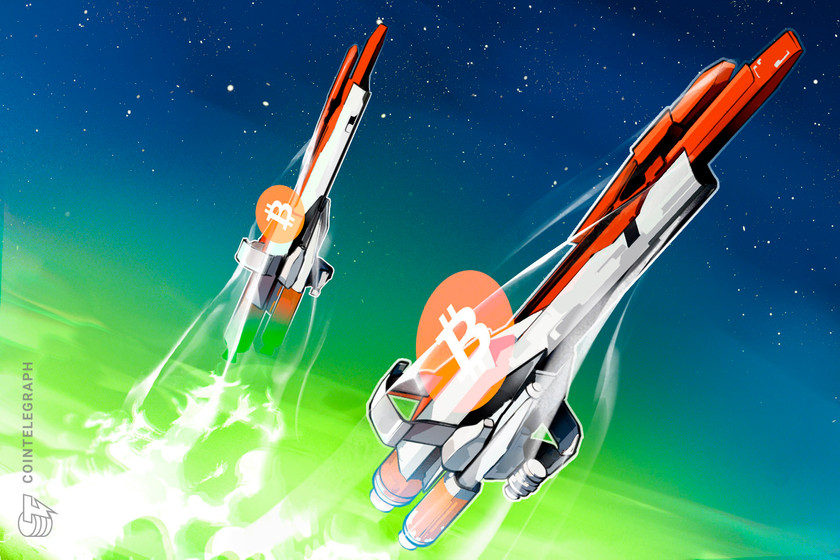 The MVRV ratio is firmly sticking to its 2-year uptrend, with support in place for fresh all-time highs, says Stack Funds.

Bitcoin (BTC) has support to climb all the way to $15,000 if historic trends repeat themselves this year, a new report says.

Bitcoin has yet to attempt a breakout of $12,000, seeing rejection at $11,700 this week. This has failed to dent optimism among analysts, who believe that $11,000 will provide solid support.

Going forward, however, the period following the United States elections in early November may result in more upside.

“The current MVRV ratio is at 1.8, and is purportedly well supported by the trendline where bitcoin bottomed back in late 2018. The trend is also painting a similar trajectory as it did back in the 2017 bull run, with a steady growth inclination that tested an identical support trendline multiple times,” the report states.

“Given the strength in support, we are expecting a significant break of 2.0 in the near term as it looks to retest the 2019 peak at 2.5, which will put Bitcoin price above the $15,000 level.”

MVRV is a metric devised by analysts Murad Mahmudov and David Puell, also the creator of Bitcoin’s Puell Multiple. It uses market cap versus realized cap, the latter created by CoinMetrics, and designed to provide a more accurate valuation of Bitcoin than traditional market cap.

Since late 2018, MVRV has been in a broad uptrend, broken only by the coronavirus cross-asset price crash in March 2020. 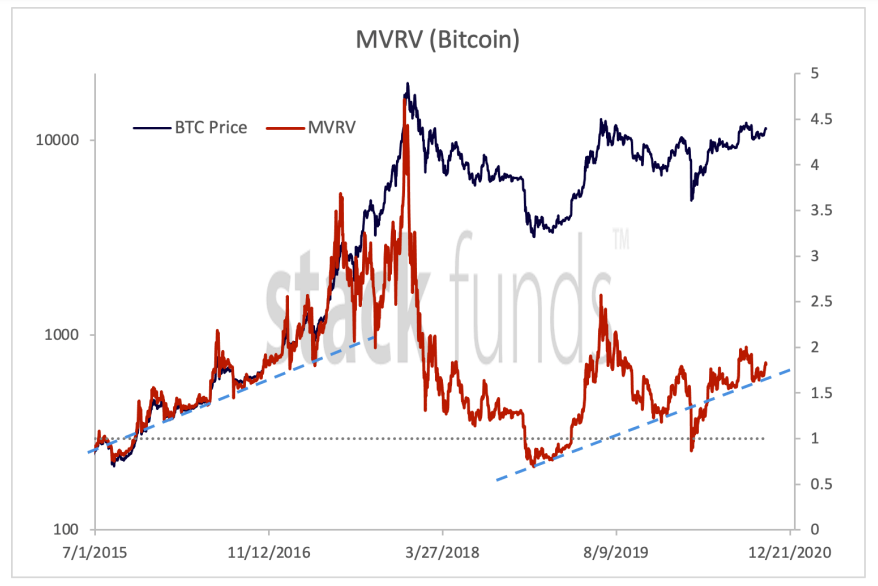 Stack also noted increasing institutional interest in Bitcoin as cementing the idea that the future is firmly bullish for price action.

As Cointelegraph noted, Bitcoin futures open interest is also climbing this month, signaling that institutional activity is picking up once more.

“We further view that a re-positioning is occurring in the market with a possible shift in the economic climate, as futures volumes and open interest are starting to recover,” Stack’s report explains.

“Our eyes are peeled on the $12,000 key resistance level, as we expect further consolidation around current levels going into the elections before breaking into the upside going forward.”