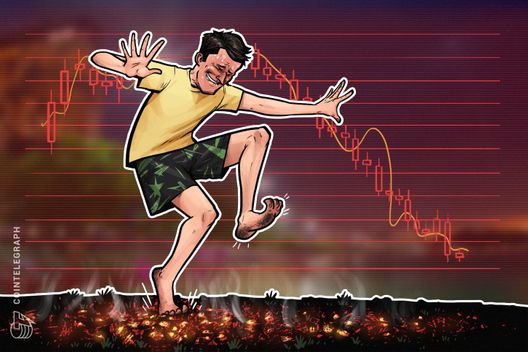 Crypto markets see a sharp decline over 24 hours, almost all of top 100 altcoins on Coinmarketcap are in the red.

May 16: Crypto markets have seen a sharp decline over the past 24 hours with almost all of top 100 coins listed on Coinmarketcap (CMC) in the red. 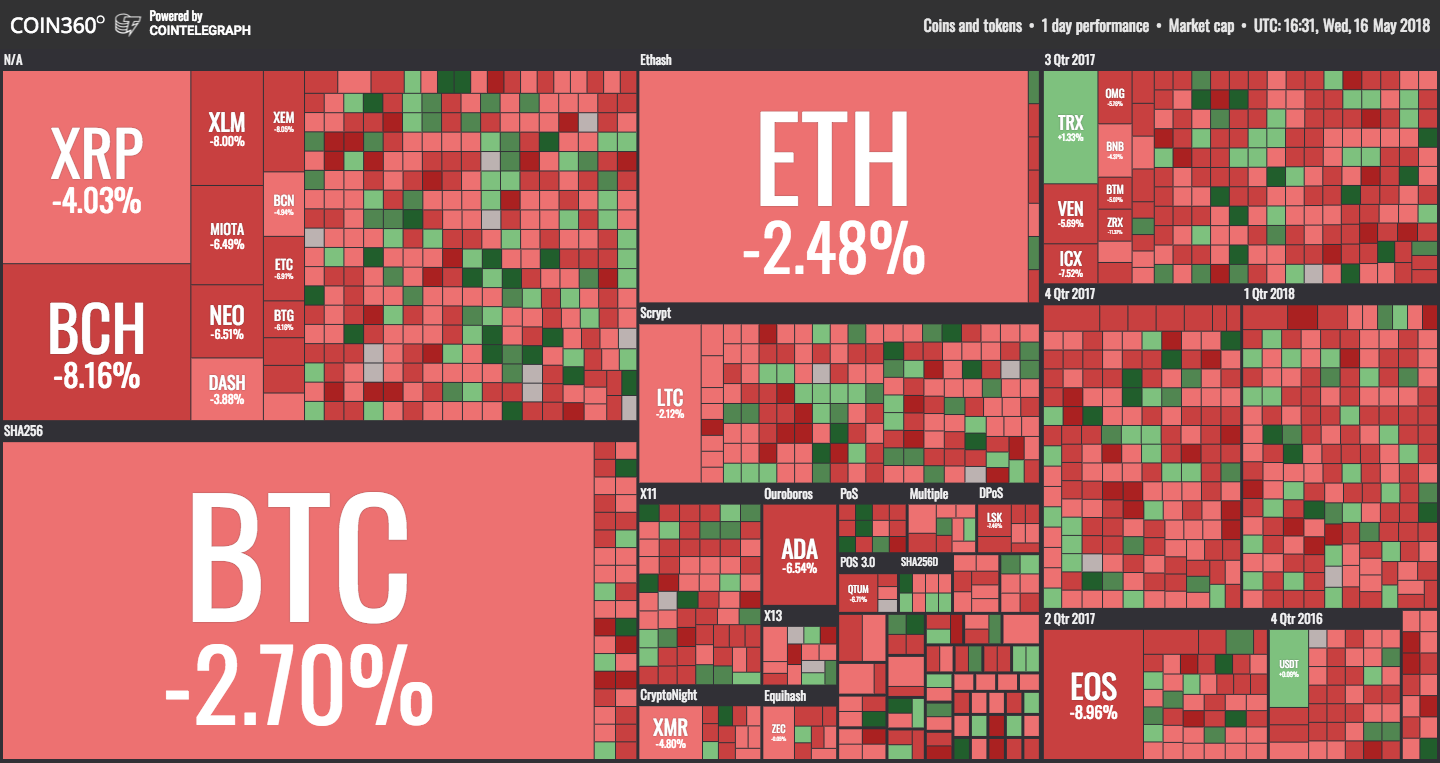 After losing the $9,000 support on May 11, Bitcoin (BTC) continued its fall, now approaching the $8,000 level. Having lost almost 3 percent of its value in 24 hours to press time, the original cryptocurrency is currently trading at $8,288. Despite this most recent fall, Bitcoin has seen over 3 percent gains over the last 30 days, according to Cointelegraph Price Index. 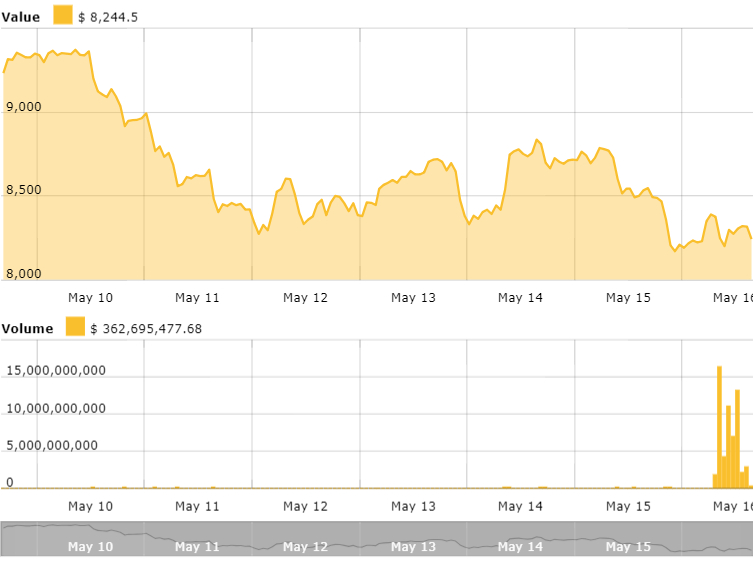 Ethereum (ETH) has dipped below $700, now hovering around the mark with a 2.31 percent loss over 24 hours to press time. 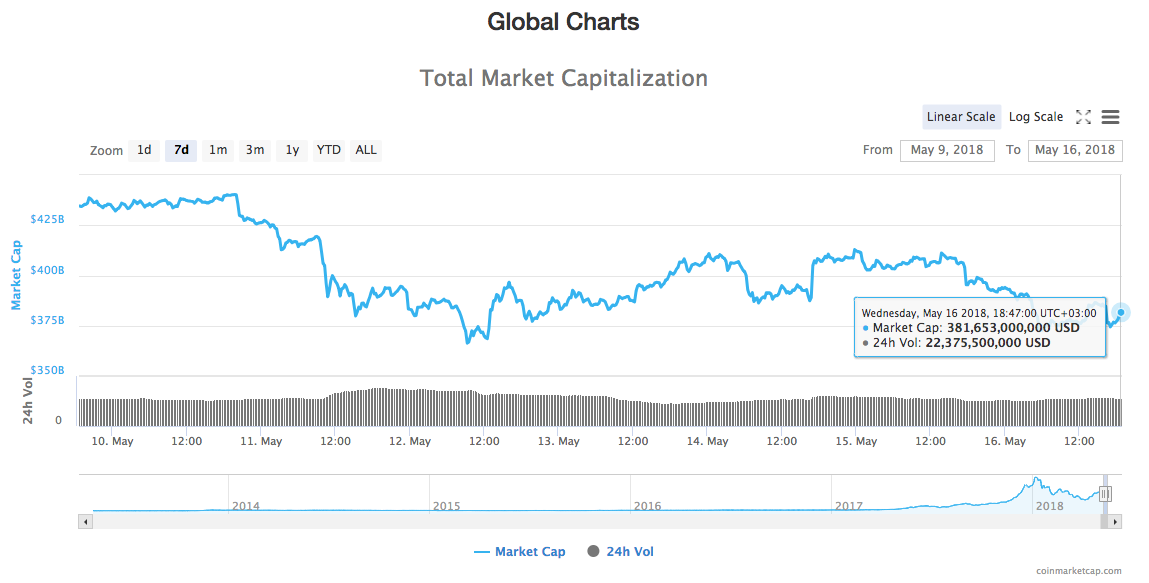 EOS and Stellar (XLM) have seen some of the biggest declines over 24 hours at over 5 and six percent, respectively. The coins are currently trading at $12.31 and $0.329 respectively.

Bitcoin Cash (BCH) is down almost 7 percent over a one-day period, trading at $1,269 at press time. Yesterday, May 15, BCH implemented a hard fork that increased its block size from 8MB to 32MB and reactivated Bitcoin script operation codes (Op codes) – an upgrade, which has so far apparently failed to produce a positive effect on the price.

The decline in crypto markets coincided with the recent decision by Microsoft-owned search engine Bing to join the ranks of other internet giants in banning crypto-related ads from its network by July 2018.

Cryptocurrencies also came under criticism by European financial authorities. Monday, May 14, European Central Bank (ECB) board member Yves Mersch claimed that banks should “segregate” their dealings in cryptocurrencies from other activities, citing high volatility of crypto markets and stressing that digital tokens “do not qualify as money.”