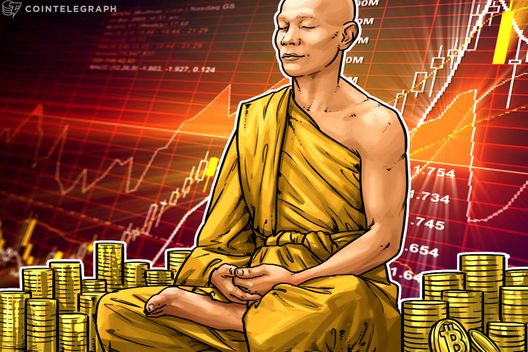 Bitcoin prices fell to three-week lows of around $8,540 on May 11, as markets reacted to a flash investigation of South Korean exchange Upbit and a fresh Mt.Gox funds liquidation.

Data from Cointelegraph’s price tracker and Coin360 shows BTC/USD dipping sharply over the past 24 hours, with major altcoin assets posting considerably higher losses of up to 18 percent.

Traders appeared to deliver a knee-jerk reaction to news that Upbit, Korea’s largest cryptocurrency exchange and a subsidiary of communications giant Kakao, had received a visit from the country’s Financial Supervisory Commission (FSC).

According to local media, authorities suspect Upbit had “deceived customers” by providing false information about its balance sheets.

At the same time, executives in charge of refunding users of former Japanese exchange Mt.Gox have evidently sold a new chunk of about 8,000 BTC (about $70 mln at press time) in four batches of 2,000 BTC. Such actions in the past had reportedly affected global prices several times since November.

As of press time Friday, Bitcoin had lost around $800, or 8.5 percent, in the past 24 hours, hitting the lowest price the coin has seen since April 20.

Across altcoin markets, Ethereum (ETH) posted near 12 percent losses, while Ripple (XRP) and Bitcoin Cash (BCH) fared worse, both losing about 17 percent over the same period.

While some local sources took to social media to suggest the price dip was an “overreaction” on the part of cryptocurrency holders, the episode is a test for Korean exchanges, which only recently returned to the listings of popular price tracker resource CoinMarketCap.

Previously, the major crypto price tracker had removed key South Korean exchanges from its price average computations over what it described as an “extreme divergence” between prices listed there and on exchanges in other countries.