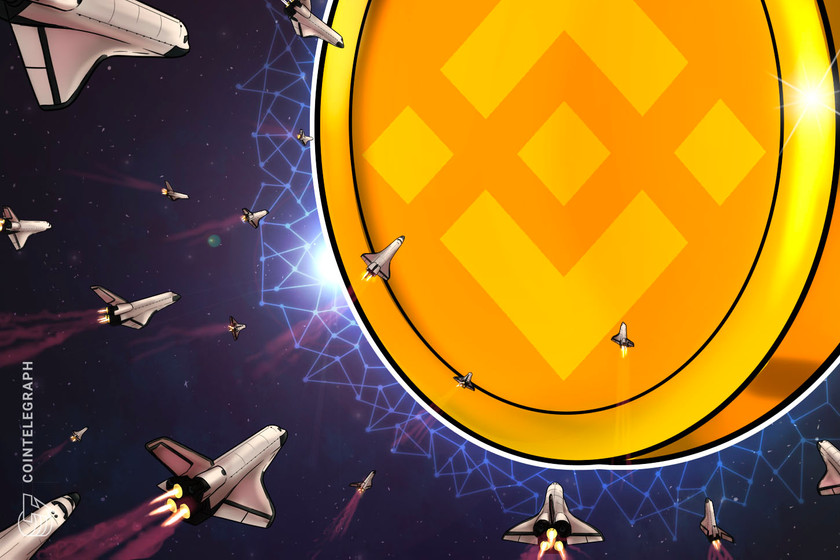 Bitcoin Cash is now in danger of being ejected from the top ten cryptocurrencies by market cap.

One of a number of altcoins to reach record highs this week, BNB/USD briefly hit $55 on Thursday before correcting to circle levels just below $54.

All time high on system traffic again. In fact, 3 ATHs in the last 15 minutes. Some isolated latencies observed, monitoring.

Performance appeared buoyed by record volume on Binance itself as trading gathered pace as part of a long-awaited return of "altseason."

The action was led by Dogecoin (DOGE), surging thanks to tweets by Elon Musk which Binance CEO Changpeng Zhao used to promote trading on the platform.

"All time high on system traffic again. In fact, 3 ATHs in the last 15 minutes," he revealed on Thursday.

The most conspicuous victim on BNB on the day was Bitcoin Cash, which ceded its position to become increasingly in danger of losing its status as a top ten cryptocurrency by market cap.

At the time of writing, eleventh-place Stellar (XLM) was still $700 million lower than BCH, with BNB's market cap at $8.3 billion.

BNB meanwhile forms one of the cryptocurrencies supported in Binance Pay, Binance's latest product which launched as a beta version this week. Both Bitcoin (BTC) and Ether (ETH) are also available for use in the payment gateway, along with Binance's BUSD stablecoin, Swipe (SXP) and the euro as a fiat currency option.

As Cointelegraph reported, exchange traffic worldwide is expanding rapidly thanks to the bull run which has received considerable mainstream attention in recent weeks and months.