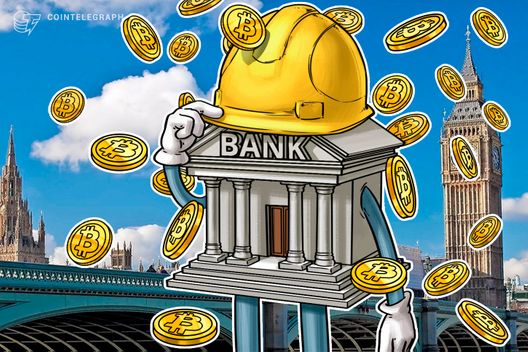 Barclays’ CEO Jes Staley has put an end to speculations that the UK bank will be opening an in-house cryptocurrency trading desk.

“Cryptocurrency is a real challenge for us because, on the one hand, there is the innovative side of it and wanting to stay in the forefront of technology’s improvement in finance… On the other side of it, there is the possibility of cryptocurrencies being used for activities that the bank wants to have no part of.”

As Cointelegraph reported in mid-April, Barclays had reportedly conducted a preliminary assessment to gage whether client interest was sufficient to warrant setting up a dedicated desk. Staley did however say yesterday that the bank continues to help its clients to settle Bitcoin futures contracts that are being offered on derivatives exchanges such as CME Group Inc. and CBOE Global Markets Inc.

Staley’s rebuttal echoes that of Goldman Sachs’ CEO Lloyd Blankfein in January, who put an end to similar speculations that the New York bank would set up its own cryptocurrency trading desk. Goldman Sachs has – reportedly “inadvertently” – owned a stake in a Circle-owned crypto trading desk since 2015.

Within the last two weeks, Goldman Sachs has responded to “client interest,” choosing to hire a cryptocurrency trader as vice president of digital asset markets of their securities division.

Staley’s wary stance echoes an in-house analysis that was issued by Barclays Plc in April, which likened the spread of Bitcoin investment to an infectious disease. The Barclays analysts claimed that “immunity threshold” among new investors has now been reached, and considered that the crypto virus is more than likely to go into “remission.”