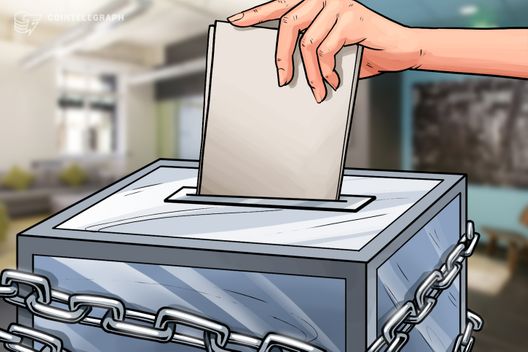 One of the largest banks in Europe, Spain-headquartered Santander has become the first company to use blockchain technology for investor voting, it announced May 17.

The second blockchain-related first for Santander in just over a month, the bank partnered with US electronic data processing services company Broadridge Financial Solutions to facilitate an investor ballot at its annual general meeting March 23.

“The blockchain technology has enhanced efficiency and transparency upon the reception and vote tabulation process, which will result in bridging the gap between all in the process,” head of corporate services Luis Antonio Perez added in comments.

The investor move is the latest example of blockchain’s steady entry into the voting process, with government authorities principally examining how the technology could make an improvement over standard procedures.

Russia has plans to test local-level blockchain voting, while in March, Sierra Leone conversely hit the headlines after false rumors it had become the first country in the world to use blockchain voting in its nationwide elections.

Santander meanwhile launched a pioneering project of its own last month, teaming up with Ripple to offer a blockchain international payment service for customers in certain markets.