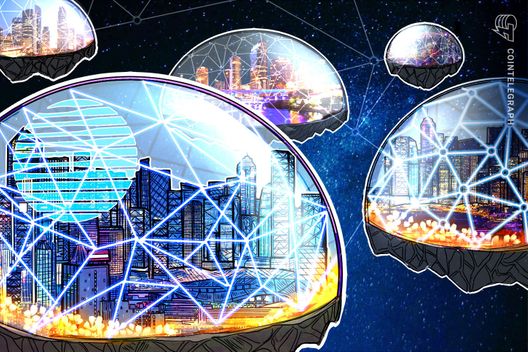 AT&T has announced a suite of blockchain solutions to provide security, transparency, and accountability for enterprise customers.

U.S. telecommunications giant AT&T has announced the creation of a suite of blockchain solutions designed to work with tech from IBM and Microsoft, according to AT&T’s September 26 press release.

AT&T’s blockchain solutions — which will work with the IBM Blockchain Platform for data recording and Microsoft Azure’s blockchain technology — aim to “bring additional transparency and accountability to even the most complex supply chains” for its enterprise customers.

The telecoms company’s blockchain-based suite plans to develop the digitalization of enterprise customers’ business processes, noting that industries including manufacturing, retail, and healthcare can utilize the solutions.

Andy Daudelin, vice president at AT&T, said in the press release that blockchain technology is “transforming the way many companies conduct business,” adding:

Back in August, Microsoft’s cloud platform Azure had announced a new Ethereum (ETH) proof-of-authority (PoA) algorithm that would allow for a “more efficient” way of building decentralized applications (DApps).