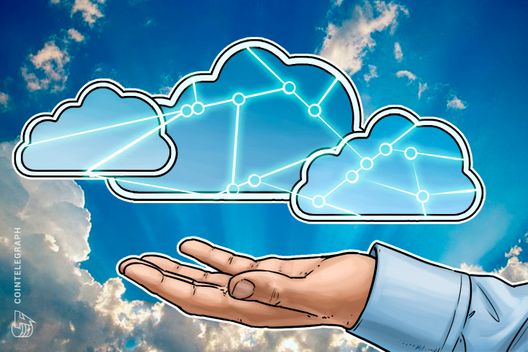 Kaleido is a blockchain business cloud that helps enterprises build and manage blockchain platforms without having to start from scratch, and is based on the Ethereum blockchain. It is one of the emerging ventures supported by Joseph Lubin’s blockchain incubator ConsenSys, who introduced the project today in New York:

Lubin told CNBC that Amazon’s move “is a heavy duty, full stack way of getting the company into blockchain solutions.”

Kaleido is already listed on AWS marketplace, where it explains that the blockchain solution is designed to accelerate the “entire journey from experimentation and PoCs [proofs-of-concept] to pilots and production.” Clients can choose “between Ethereum protocol packages Geth and Quorum” as well as “consensus algorithms such as RAFT, IBFT, and POA.”

As Steve Cerveny, one of the founders of Kaleido, told CNBC, companies can therefore “focus on their scenario, [without having] to become PhDs in cryptography.”

Before its latest partnership with Kaleido, in April AWS released a blockchain framework for Ethereum (ETH) and Hyperledger Fabric, allowing its users to build and manage their own blockchain-powered decentralized applications (DApps). Last year, a petition directed at Amazon founder Jeff Bezos demanded that cryptocurrencies be accepted as a mode of payment on the e-commerce platform, but the company has to date not made this option available.