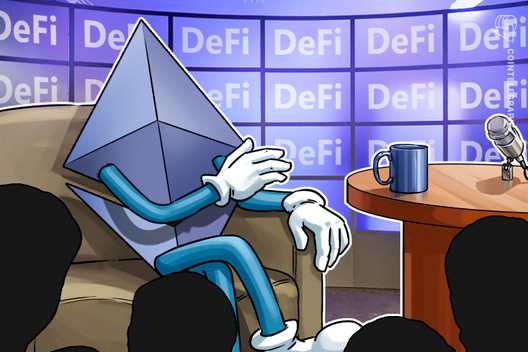 Smart contracts on Ethereum will be able to directly interact with Polkadot.

A new project building on Polkadot wants to create a comprehensive bridge with Ethereum that would eventually relay direct smart contract instructions.

The bridge is being developed by Snowfork, a software development company. The initial implementation is fairly straightforward, only allowing Ether (ETH) and ERC-20 tokens to be transferred over to Polkadot. The bridge is also fully symmetric, as Aidan Musnitzky, Snowfork’s founder, told Cointelegraph. “Anything you can do in one direction, you can do it in the other,” he said.

But while moving tokens around is an important part of it, the vision for the bridge is to be as generalized as possible, including sharing small pieces of state from one chain to another. Put simply, the bridge will let Ethereum smart contracts send instructions and information to Polkadot, and the same in reverse.

Musnitzky explained that this will be implemented through a series of blockchain applications that abstract the communication protocol used in the bridge. He compared it with the traditional networking stack of TCP/IP and the application layer of HTTP, which greatly simplifies development of web infrastructure.

Such a bridge would open new possibilities for developers on both Ethereum and Polkadot. The initial focus is on populating the Polkadot blockchain, Musnitzky said:

“I think our primary set of customers and users is focused on existing Polkadot projects that want to bridge to Ethereum to allow Ethereum-based assets to work within their network.”

But Ethereum DApps may benefit from the bridge as well. “If you have a two-way fully trustless system, then it becomes quite easy to move both state and logic from one chain to the other,” Musnitzky explained. The bridge could thus make Polkadot an additional layer-two scaling solution for Ethereum DApps.

“If, for example, we wanted to integrate Uniswap with a Polkadot-based chain module, we have a way to do that rather than just focusing on asset transfer.”

But these implementations are still in the future. Musnitzky said that the initial launch as a proof-of-concept is set to occur by the end of September. But the bridge will not yet be trustless, as the team needs to develop on-chain light clients that would validate transactions from the other side of the bridge. The complete process is estimated to take about six to seven months, first by building an Ethereum verifier on Polkadot and then a light client for Polkadot on Ethereum.

The development process is somewhat limited by Polkadot’s integrations through. Until cross-shard messaging is fully implemented the bridge will need to exist as a set of applications on each shard, instead of its own parachain.