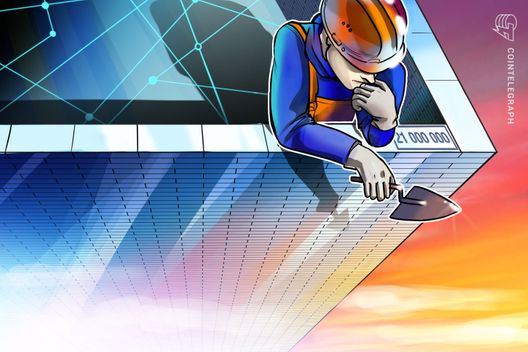 With 17 of a total 21 mln Bitcoin mined – let’s take a look at what will happen when we reach that milestone in over a century.

Bitcoin’s (BTC) blockchain hit a unique milestone in April as the 17 millionth BTC was mined.

If you’re wondering why this number is significant, it’s because there are only four mln tokens left to mine before the 21 mln BTC cap is reached. However, the truth is that most people alive today are unlikely to see that happen.

Bitcoin’s blockchain protocol makes mining more difficult as more miners join the pool, and the Bitcoin reward for mining a block also halves every 210,000 blocks. As it stands, miners receive a 12.5 BTC reward for unlocking a new block. According to BitcoinBlockHalf.com, the next reward halving will happen in May 2020 – reducing the reward to 6.25 coins.

Assuming that there are no changes to the protocol, the Bitcoin cap will be reached by 2140, 122 years from now.

Nevertheless, it’s taken just 9 years to mine 80 percent of the total Bitcoin that will ever be available, in a little over 520,000 blocks, as shown in the graph below. 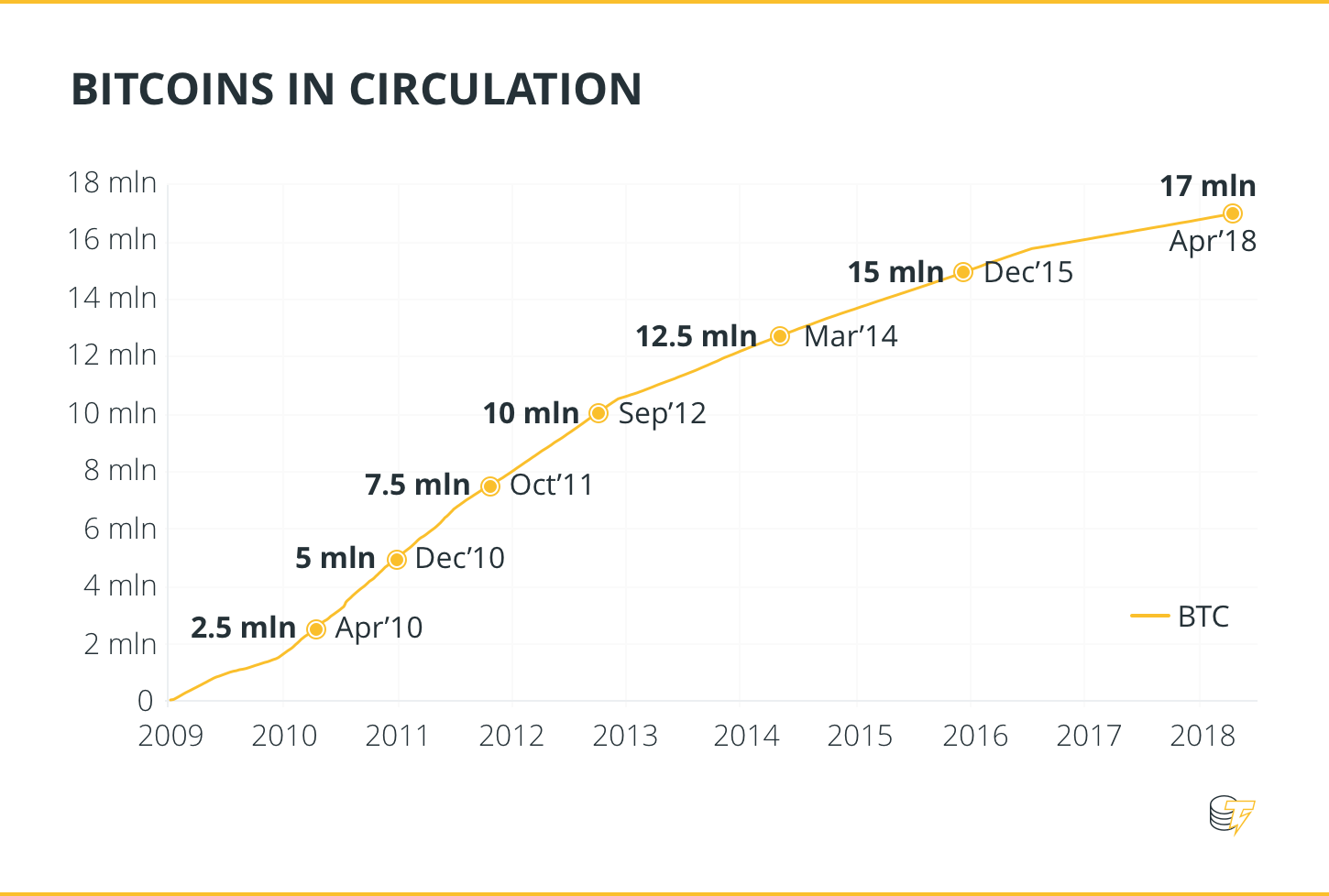 What happens when we mine the last Bitcoin?

Currently, miners are still heavily incentivized to mine in order to obtain increasingly more valuable Bitcoin tokens as a reward before the supply reaches its capacity.

But, when the day comes that the 21 mln cap is hit, there will be no more BTC rewards for miners. However, transactions still need to be validated and stored on blocks in the blockchain – so miners will only benefit from transaction fees.

As it stands, Bitcoin transactions are processed by the network in order of the transaction fee associated to that specific transaction. The higher the fee, the more incentive there is for a miner to prioritise your to be included in a block.

This could essentially be the lifeblood of miners in the next century, once there are no more BTC tokens to be unlocked. This is laid out in Satoshi Nakamoto’s Bitcoin whitepaper:

“Once a predetermined number of coins have entered circulation, the incentive can transition entirely to transaction fees and be completely inflation free.”

What could happen in between?

A major point to consider here is that there are more than 100 years to go before the last Bitcoin is created. Considering that it’s just been short of 10 years since the Bitcoin’s inception, a lot could happen during this time.

As Nakamoto envisaged, nodes are responsible for maintaining the blockchain and verifying transactions. The move away from a trust-based system to a proof-of-work system that operates by consensus of the longest chain:

“They [nodes] vote with their CPU power, expressing their acceptance of valid blocks by working on extending them and rejecting invalid blocks by refusing to work on them. Any needed rules and incentives can be enforced with this consensus mechanism.”

The last sentence of that statement is particularly telling, as miners and exchanges have had to operate in tandem at trying times in the last few years.

In 2017, the issue of scalability, block capacity and transaction costs came to a head.

In 2010, Nakamoto implemented a 1MB size limit for blocks in order to stop miners producing bigger blocks that were likely to be rejected by the network – which could have caused the blockchain to split.

At the time, the limit was more than big enough due to the small amount of transactions and the fact that a change could be implemented at a later stage – if need be.

Nevertheless, concerns that were raised were eventually realized as Bitcoin grew in popularity. Bitcoin Core developers eventually came up with a solution known as Segregated Witness, commonly known as SegWit.

Segwit was eventually implemented in Aug. 2017, as major stakeholders from the largest mining pools and Bitcoin companies pushed for a solution to high transactions fees caused by a backlog due to the block size limit.

Some called for bolder measures – an increase in the block size to 2MB called Segwit2X. There were a number of issues, namely the lack of replay protection and the fact that the move would require a hard fork. Ultimately the change was never implemented.

The main caveat here is that the implementation of Segwit was possible due to the consensus of the Bitcoin community – just as Nakamoto pointed out in his white paper. Where there were greater concerns, like the shortcomings of Segwit2X, the community was divided and the change was never implemented.

Changes to the protocol

Segwit’s implementation has been slow across the overall network since Aug. 2017. Big players like Coinbase and Bitfinex only introduced the change in Feb. 2018.

The launch coincided with lowering transaction fees – a testament to the intended outcome of Segwit integration. As the following graph shows, transaction fees have dropped considerably in the past few months as Segwit continues to be implemented to nodes around the world. The most anticipated is the Lightning Network, which will essentially do what SegWit has done but on a grander scale.

In layman’s terms, the Lightning Network will allow users to open up multiple payment channels between themselves off the Bitcoin blockchain. The channel will be opened and recorded on the blockchain, but transactions will be done off chain until the payment channel is closed.

In essence, users deposit Bitcoin into this channel and make transactions by transferring promise of ownership to each other. When they decide to close the channel, the users take their proportion of the total sum and the ownership of those amounts is recorded on the blockchain.

To get an in depth explanation, you can read Cointelegraph’s Lightning Network guide.

What matters here is that this second layer solution will greatly increase the speed of transactions and therefore the network as a whole.

However, this does pose some interesting questions for miners in the future. Once all 21 mln Bitcoin have been mined, transaction fees will be the only incentive for miners. If the Lightning Network is full integrated by this time, there could be far less transactions being recorded on a daily basis.This could potentially affect the amount of money miners will be making from transactions.

However, 100 years from now, it seems likely that all of these problems will have been answered by Bitcoin Core developers and the wider cryptocurrency community.