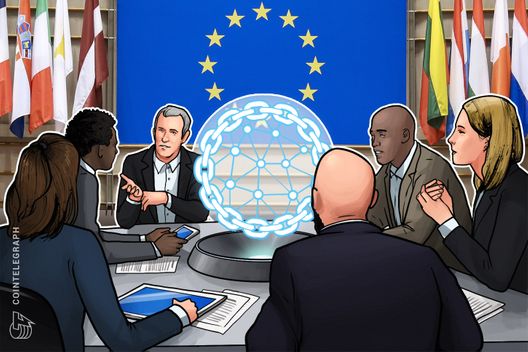 Following on the heels of February’s creation of a Blockchain Observatory and Forum, 22 EU countries are forming a European Blockchain Partnership.

During yesterday’s speech, the EC Vice President called on Europe to become a leader in digital technologies by working on Blockchain innovation as well as artificial intelligence (AI) development.

Commissioner for Digital Economy and Society Mariya Gabriel spoke of the potential for Blockchain technology to be integrated into existing industry:

"In the future, all public services will use [Blockchain] technology. Blockchain is a great opportunity for Europe and Member States to rethink their information systems, to promote user trust and the protection of personal data, to help create new business opportunities and to establish new areas of leadership, benefiting citizens, public services and companies.”

The topic of regulation for Blockchain technology was also addressed in the press release, which stated that the Partnership will “contribute to the creation of an enabling environment, in full compliance with EU laws and with clear governance models that will help services using [Blockchain] flourish across Europe.” The EC reported in early March that they would be releasing a EU-wide fintech and Blockchain framework.

The participating states that have signed the Declaration for the Blockchain Partnership are as follows: Austria, Belgium, Bulgaria, Czech Republic, Estonia, Finland, France, Germany, Ireland, Latvia, Lithuania, Luxembourg, Malta, Netherlands, Norway, Poland, Portugal, Slovakia, Slovenia, Spain, Sweden, and the UK. The press release adds that other members of the EU and the European Economic Area are also invited to join.

In early February, the EC launched the EU Blockchain Observatory and Forum, which Gabriel called “one of the world's most comprehensive repositories of [Blockchain] experience and expertise.”